One of the best things about Publish Wholesale is it’s the brainchild of founder and CEO, Jon Fitch, who—unsurprisingly—comes from a family that’s nothing short of ingenious. The Fitch family tree is decorated with a member who has a photographic memory, a musical prodigy, a national president of a major labor union, a nationally syndicated cartoonist, and it’s even possible that the Fitch who invented the steamboat is among them. Ingenuity, invention, and getting done what very few or none have done before runs throughout their genes.

Before establishing Accurance, Jon spent six years involved in developmental neurobiological research under a brilliant MacArthur Grant professor. Jon’s work overturned 90-year-old assumptions about the functional and physical organization of brain areas involved with memory. He was published in two neuro journals that were at the top in the world at that time (Brain Research and the Journal of Comparative Neurology) —post-doctoral level work done as an undergraduate.

Next, Jon founded FitchMeyer Direct Marketing Intelligence in what was, at that time, a very new hospital marketing field. Within a few years, FitchMeyer achieved Inc. 500 status, a listing of the 500 fastest-growing privately-held businesses in the country. FitchMeyer developed cutting-edge programs with quantitatively provable return-on-investment, with breakthrough results so strong they attracted the flagship hospitals of the University of Chicago, LDS Healthcare, and many other heavy-hitter systems as clients. Jon was able to recruit a group of leaders so talented one investment banker had to be convinced that they were employees rather than outside consultants.

Wherever Fitch goes, breaking new ground follows. He’s able to create things that no one else has been able to create, and Accurance (for publishers and wholesale BPO clients) and Publish Wholesale (for authors) are among them.

Accurance began the way many things begin: with a story—and this one happens to be of love.

In 1998, Jon saw a photo of a girl who lived 9,000 miles away. As he was looking at the photo, noticing the sweetness of her face and smile, he surprisingly said to himself, “I could marry that girl,” and thus began his quest.

In true entrepreneurial fashion, Jon brought efficiency to bear with one trip to the Philippines, where he combined two life-changing endeavors—meeting the girl in the photo and starting a multi-country business. His journey was never easy. He communicated—not very successfully for the longest time—and across multiple towns, villages, cities, and islands—with people who spoke no English. And in all that, he created Accurance, which paved the way for Publish Wholesale.

He built an American best-practices-level production and management organization from the ground up with Filipinos who were in no way at that time familiar with what that entailed. Melding tech cultures and languages and (successfully) keeping those problems from affecting the clients was a huge challenge every single day the first few years. Others had tried it in the industry and to this day continue to fail, but it was through persistence and a rare ability to create process and order at high levels of sophistication from scratch that Accurance developed into a high-standards publishing services firm that combines that high quality with extremely low prices. Today they have delivered on more than 75,000 titles for clients.

Jon has been happily married for the past 17 years to the woman he crossed oceans for. Together, they have one son who is an artist and a basketball point guard, which proves that the apple doesn’t fall far from the tree. Don’t get Jon started or you’ll never hear him stop talking about his son’s basketball or his art. 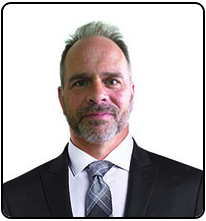 Accurance is the premier production services provider for the self-published publisher community, serving half the world’s ten largest P.O.D. publishers as their production backbone, among other clients in both the self-publishing and traditional publishing worlds. It was also recently named #1 in a client satisfaction survey involving 600 self-published authors in North America. For more information about Accurance, visit http://www.accurance.com.

Publish Wholesale is a self-publishing firm that provides high quality and low cost publishing and promotion services to independent authors. For more information about the company and its services, visit https://www.publishwholesale.com.